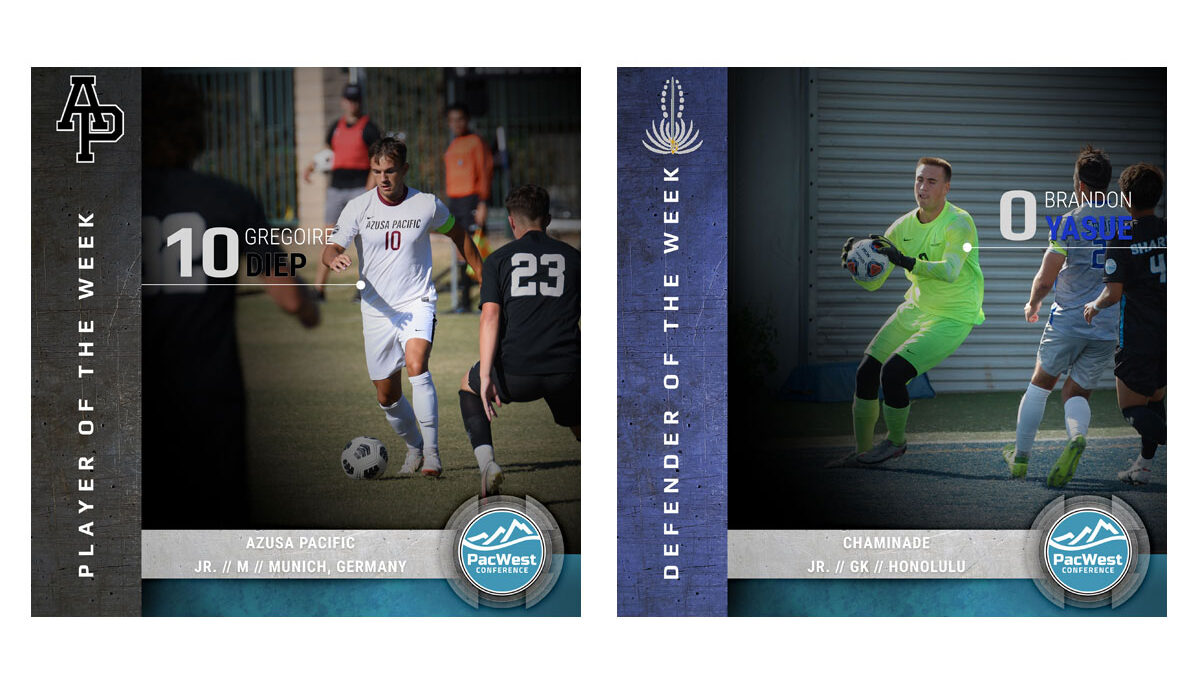 IRVINE, Calif. – The PacWest got a strong start to the 2021 season with a 5-2-2 record against teams from the CCAA and GNAC in the first week of the season with five teams winning their season opener.

Cal Poly Pomona was picked second in the CCAA Preseason Poll and two PacWest teams had a shot to face the Broncos in the first week of the season. Concordia earned a 3-2 victory over Cal Poly Pomona, while Point Loma tied, 3-3, two days later.

Concordia led 2-0 in the first half, but the Broncos came back to score two goals and tie the match, 2-2 with 12 minutes left in regulation. Then in the 88th minute, Luke Ryan assisted Carlos Moate for the game-winner.

Point Loma led its match 3-1 after Corey Lundeen scored two goals in the second half. The Sea Lions ended up settling for a 3-3 draw.

Another PacWest team will get to face Cal Poly Pomona when Fresno Pacific opens its season at home on Wednesday. Biola will look for its second win of the season against Cal State Dominguez Hills on Wednesday after having beaten Cal State San Marcos last week. Hawai`i Pacific will go to the Bay Area for a pair of matches.

Weekly awards for the week of September 1-5

PLAYER OF THE WEEK
Gregoire Diep, Azusa Pacific
M, Jr., 5-9 — Munich, Germany
Azusa Pacific won its first two matches of the 2021 season to extend the team’s winning streak in regular season matches to 42. Diep scored twice in the team’s win over Cal State San Marcos on Saturday. In the season opener against Simon Fraser on Thursday, the Cougars defeated the GNAC Preseason Favorite, 1-0 in overtime. Diep played an important role in helping the Cougars control possession of the ball for the majority of the contest. Simon Fraser went on to defeat the CCAA Preseason Favorite and defending national runner-up Cal State LA. After having to wait until overtime to get its first goal of the season, Azusa Pacific only needed two minutes to get on the board against Cal State San Marcos. Diep scored the first goal of the game on an assist from Renan Gomes in the second minute of play.  Gomes scored a goal of his own later in the half, and then Diep added his second goal of the contest in the 23rd minute to take a 3-0 lead, which the Cougars held onto for their second win of the season.

DEFENDER OF THE WEEK
Brandon Yasue, Chaminade
GK, Jr., 6-3 — Sunnyvale, Calif.
Chaminade opened the season at home with a non-conference match against Hawai`i Pacific on Saturday, and won the match 2-0 as Yasue earned the first shutout of his career.  Yasue faced seven shots and two that were on goal. He saved both shots to preserve the shutout. Chaminade scored near the end of each half with the second goal not coming until the final minute of the second half. For most of the match, Yasue was defending a one-goal lead, but the junior snuffed out any opportunity that the Sharks created. This is the second time in a row that Chaminade has started a fall season with a shutout victory. It is also Chaminade’s second home win in a row against Hawai`i Pacific. Chaminade will next play on September 16 against Hawai`i Hilo at home.