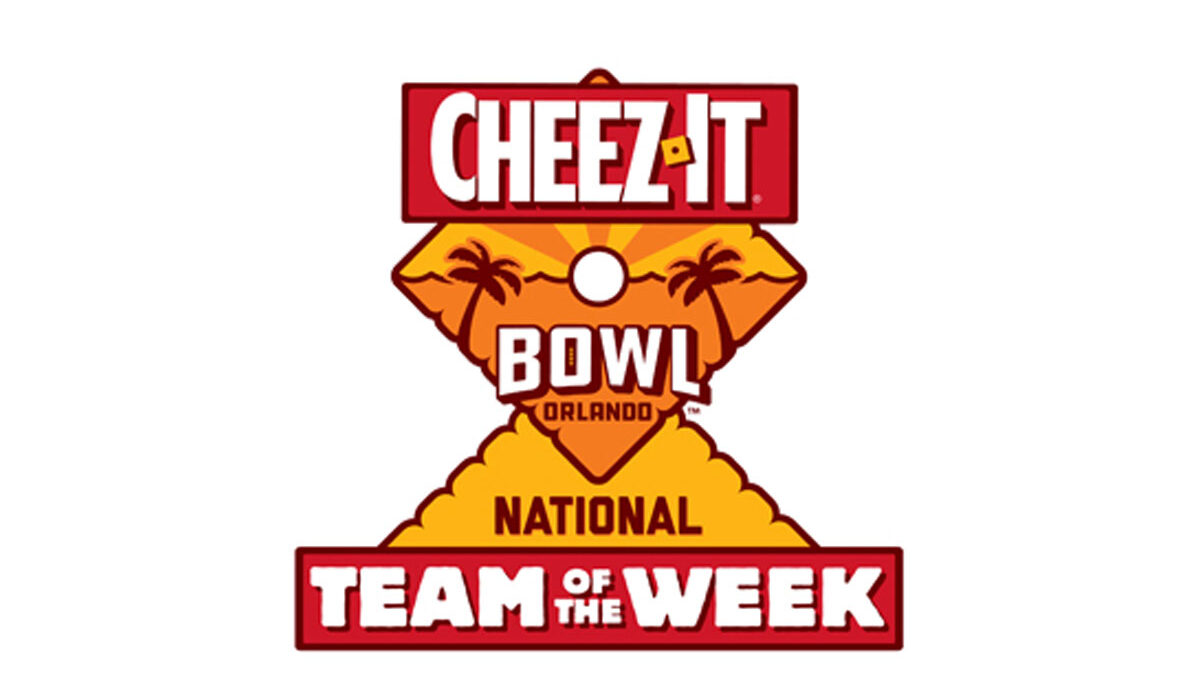 DALLAS – The Fresno State Bulldogs held the ball for 40 minutes and had to use all of them to beat No. 13 UCLA, 40-37, as quarterback Jake Haener hit Jalen Cropper with a 13-yard touchdown pass with 14 seconds left at the Rose Bowl. For rallying to win their fourth straight game in the series the Bulldogs earned the  Cheez-It Bowl National Team of the Week honor for games of weekend of Sept. 18, as selected by the Football Writers Association of America.

This is just the second time for Fresno State (3-1) to earn this honor from the FWAA and its first recognition since the 2004 season when it upset then-No. 13 Kansas State on the road. Toppling UCLA marked the highest-ranked opponent Fresno State has beaten on the road since.

Haener, a senior, passed for a season-high 455 yards, completing passes of 10, 27 and 26 yards on the game-winning drive to get Fresno State quickly down the field after UCLA had taken a 37-33 lead with 54 seconds remaining. Minutes earlier Haener had thrown a 19-yard touchdown pass to give the Bulldogs a 33-30 lead with 2:55 left in a see-saw fourth quarter.

The Bulldogs jumped on top early with their defense, which held UCLA to 81 total yards in the first half. Fresno State outgained the Bruins 276-81 in the half and took a 23-10 lead into halftime.

“The best thing about this game, is that there aren’t any regrets,” Fresno State coach Kalen DeBoer said. “We missed opportunities and we know that, but we just focused on those last seven minutes of the game. It was a great team effort. … To see them trying to find their coaches and to see the smiles. When you win the big games, you want to celebrate and go crazy, but there’s a part of it when you just want to see these guys smile, laugh, take pictures and give big hugs.”

This is the 20th season the FWAA will select a national team of the week. Each honored team will receive a custom Cheez-It “care package” along with a hand-crafted game ball made in America by Dallas-based Big Game USA, the nation’s leading manufacturer of custom footballs.

The other National Team of the Week nominee for the weekend of Sept. 18 is: Michigan State (3-0): The Spartans earned a 3-0 start for the first time since 2015 with a 38-17 win at No. 24 Miami. MSU forced four turnovers and rolled up 454 total yards paced by Kenneth Walker III’s 172 rushing yards, while Payton Thorne threw for 261 yards and four touchdowns.

Founded in 1941, the Football Writers Association of America consists of journalists, broadcasters, publicists, photographers and key executives in all areas of college football. The FWAA works to govern media access and gameday operations while presenting awards and honors, including an annual All-America team. For more information about the FWAA and its programs and initiatives, contact Executive Director Steve Richardson at 214-870-6516 or tiger@fwaa.com.